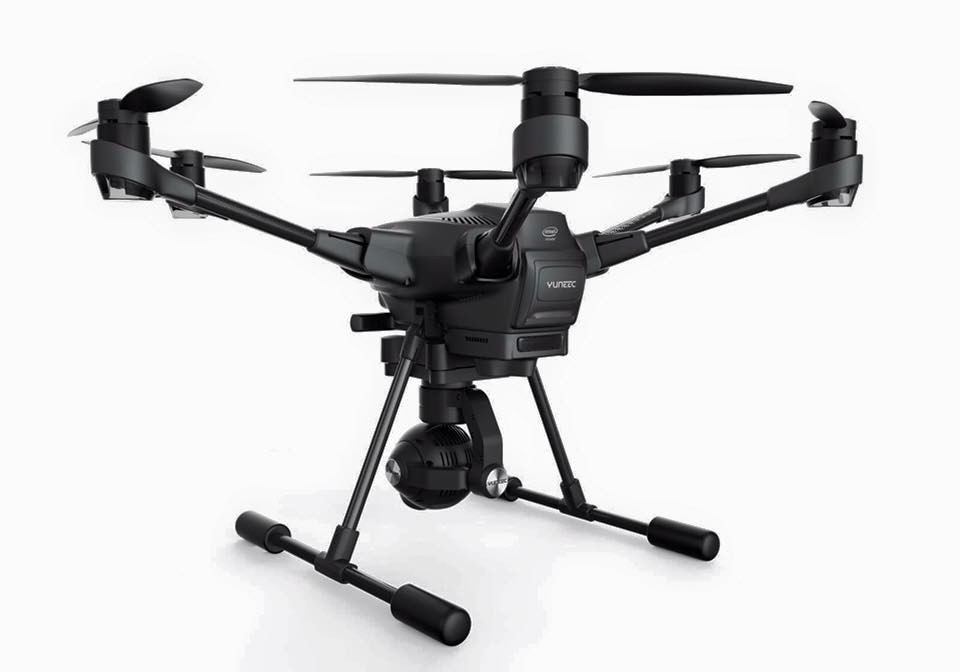 First drone ever that avoid collisions

DJI-rival Yuneec has a new hexacopter under its Typhoon line of drones, and it’s compatible with a collision avoidance module based on Intel’s RealSense technology. Intel CEO Brian Krzanich demonstrated the drone during the company’s CES keynote today, where the audience watched it successfully navigate an obstacle course and avoid a falling tree in its path. Krzanich even claimed that it’s the “first truly intelligent consumer drone.” Before its performance on the CES stage, though, the tech corporation sent it to Mexico for some real-world experience. The consumer drone comes equipped with a 360-degree gimbal camera that can take 4K videos and 12-megapixel stills, and its rotor arms are made of lightweight carbon fiber. It comes out, you’ll find a 7-inch Android-based ST16 controller with it. The Intel collision avoidance add-on will likely cost extra, but it could be worth the money to make sure the drone doesn’t crash into other objects. The new Typhoon H is also promising the full suite of autonomous features, something which has become table stakes for drones these days. It has Orbit, Point of Interest, Curved Cable, and something called Journey. It has basic sense and avoid technology on board, using “ultrasonic proximity detection” to automatically dodge large obstacles. In theory it should also give the aircraft more lift, allowing for heavier and more sophisticated camera equipment to be attached, as you can with the S900. All of this is a very attractive offering against the initial value proposition of the Inspire 1, but DJI has evolved that unit, along with accessories and autonomous software, in the year since it was released. The Typhoon H shoots 4K video and 12 megapixel stills, just like the original camera on the Inspire. But DJI now sells the Zenmuse, which can be attached to the Inspire, shoots micro 4/3 and RAW footage, and allows for more fine-grained tuning of color and focus while in the air. Pretty soon you’ll even be able to do thermal imaging.

In terms of autonomous flight, the Inspire launched with very little. But DJI pushed a firmware update in the summer of 2015 that added point of interest, orbit cam, and Follow Me mode. In our testing we found DJI’s autonomous features were not quite as refined as what Yuneec and 3D Robotics are currently offering, but it also seems clear they will improve with time and can be updated over the air.

Yuneec’s biggest advantage here might be price and the ability to sense and avoid. . “A central part of our mission is to bring new and advanced creative possibilities within the reach of everyone,” said Yu Tian, chief executive officer of Yuneec International. “We’ve engineered the Typhoon H to redefine what customers should expect to pay for a drone with such an array of professional features. At this price point, no other drone comes close to the Typhoon H in terms capability and value.” The second half of this value proposition, the ability to see obstacles and prevent crashes, is something we’re looking forward to testing once we get our hands on a review unit. In addition to its ultrasonic proximity sensor, Yuneec said the Typhoon H was built to allow for additional components, such as Intel’s RealSense camera, to expand its capabilities in the future. If this tech works well, that would be a very compelling reason for any pilot, beginner or professional, to pick this drone over the current competition, none of which offer anything like robust sense and avoid.