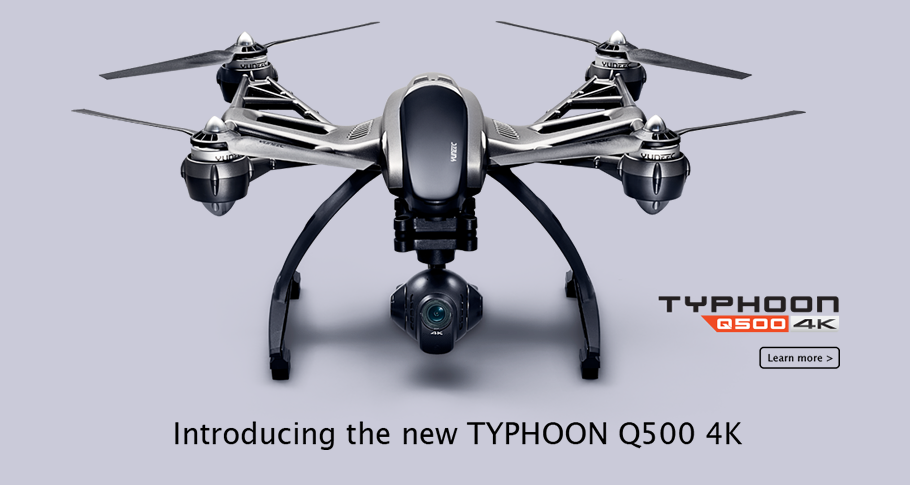 Like pretty much every other drone company in the industry, Yuneec has been living in the shadow of DJI for the past few years — but don’t let its lack of popularity or name recognition fool you. The company has more than 15 years of experience in making RC aircraft, and currently offers some of the most advanced multi-rotor drones on the market.

Then, Yuneec quietly released the Q500 Typhoon 4K — one of the first 4K drones designed for amateur pilots. Priced just under N500,000, this new-and-improved Q500 promises a boatload of advanced features designed to simplify aerial video capture. So to get a true sense of just how well these “smart” features and 4K camera perform in the wild, we took Yuneec’s top-flight Typhoon for a spin.

Yuneec’s Q500 had us feeling like a kid on Christmas morning as we unpacked it. Roughly 16.5 inches long and standing just over 8 inches tall, the Q500 weighs just under 4 pounds with the battery and payload both attached. Out of the box, the drone comes with two sets of rotors, all necessary plug-ins and adapters, a 16GB SD card pre-loaded with tutorial videos, the ST10+ Personal Ground Station controller, and a built-in 4K-capable camera.

Easy to use yet sophisticated, the Q500 grants even amateur photogs the ability to produce professional-grade images and video. The fully controllable 3-axis gimbal camera can shoot straight ahead to capture the horizon, or pivot up to 90 degrees down to capture overhead footage. Though many newer drones are beginning to add this feature, it’s still relatively new to the field, giving the Q500 a leg up on its competition.

Aside from its optical fortitude, the drone packs two unique autonomous modes to give beginner pilots a hand. “Follow Me” mode essentially tethers the craft to the pilot (the one holding the controller), allowing it to operate completely on its own. “Watch Me” mode fixates the camera directly on the pilot, continuously keeping the operator in the frame of view and in focus regardless of which way the drone flies. In other words, Yuneec makes life very easy on you, if you want.

The ST10+ Personal Ground Station controller, included with all versions of the Q500, houses all the necessary joysticks, buttons, and settings necessary for everything from flying and landing the drone, to activating its features and capturing photos or videos. Outfitted with a crystal-clear, 5.5-inch color touchscreen, the ST10+ gives you a front row seat to exactly what the drone sees as it flies. Though much of the screen is dedicated to a live video feed, pilots also receive constant updates on the craft’s battery life, its altitude and distance from the controller, ground speed, and GPS status, among several others.

One of the very first things we noticed after removing the drone from its mammoth of a case was its superior construction and sturdy frame. Outfitted with a strong, sturdy body and heavy-duty arms, even the drone’s legs prove to be incredibly stable which isn’t always typical with crafts of this kind.